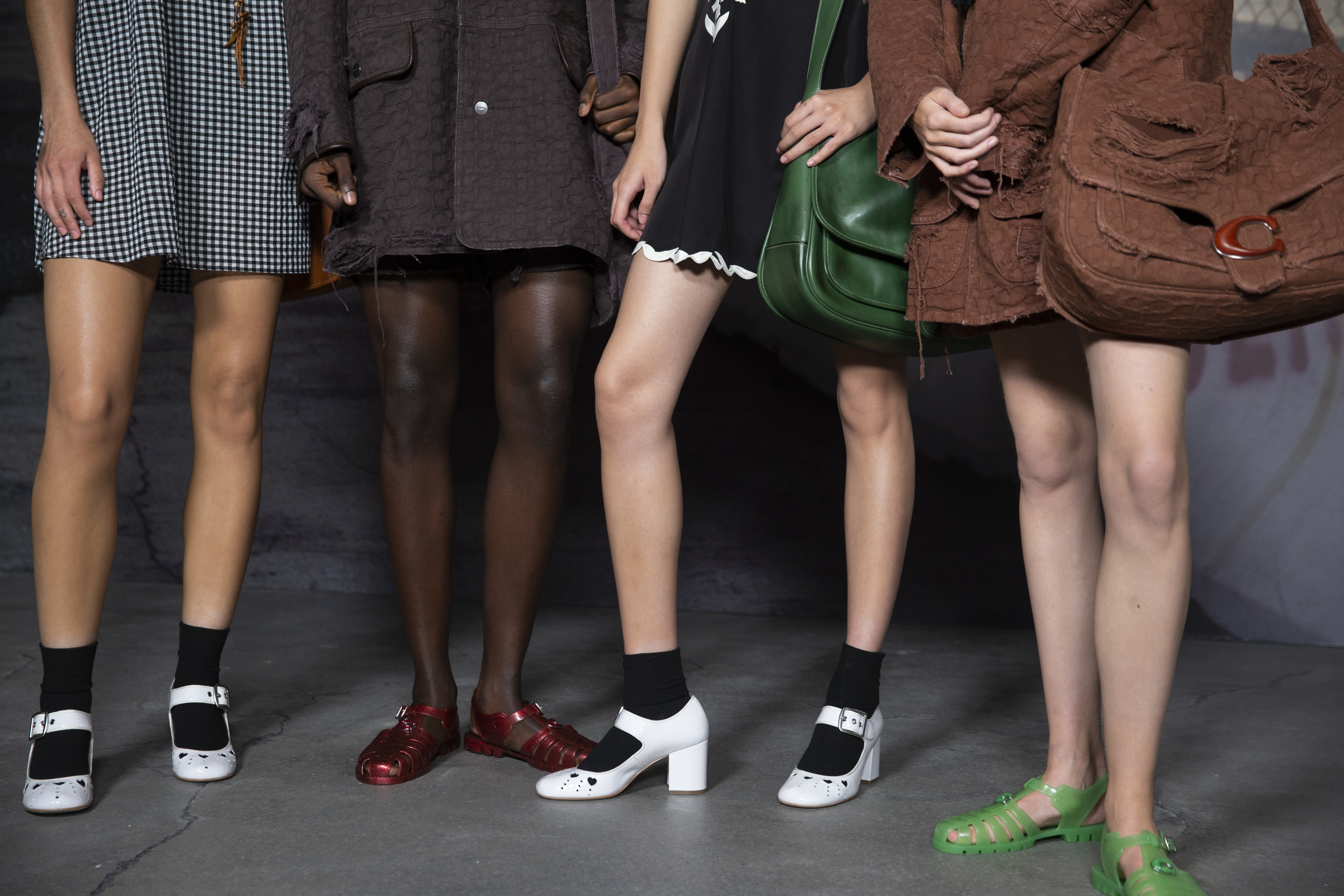 It’s no secret that Coach’s Stuart Vevers is highly skilled in distilling American fashion into its most iconic cinematic moments.

After exploring everything from western motifs to ’80s kids, the designer and executive creative director is entering a new era of Americana: millennial nostalgia. Example: the shoes that the American brand presented on the catwalk of its spring 23 men’s and women’s ready-to-wear collections on Monday at New York Fashion Week.

Held at the Park Avenue Armory on Manhattan’s Upper East Side, the collection opened with some of the usual American fashion tropes, starting with a beige world of khakis, trench coats and preppy pieces. It then evolved into a more fashion-forward range of leather jackets, many of which were worn oversized like dresses.

Where there were plenty of sneakers, styled as grungy high-tops with an 80s feel (as usual for Coach by Vevers), plus a series of cute Mary Jane heels worn with quaint socks, it was a series of jelly sandals that sparked a knee-jerk reaction — likely a collective one among the show’s millennial attendees.

While the shoe became popular in the early 80s when a company called Jelly Shoes gained traction in Paris with an open-cage ballerina style, it gained more mainstream American ubiquity in the early 90s, with the ballerina but also with a fisherman style sandal. Scroll through any poetic list on 90s kids fashion nostalgia and the jelly sandal is sure to be included.

At Coach, the sandal appeared with both men’s and women’s looks and was designed with lots of leather to reinforce it. The sandals also came with matching PVC clutches, also done in bright colors to bring extra punctuation to the neutral, dark ready-to-wear.

Millennials are waiting for an excuse to get back to the frosts. Coach just might help make this trend a reality next spring.

How to Dress Like a Grown with Shane Watson: Come on, give your shoes the platform they deserve

Shop the COS Fall 2022 collection straight from the show