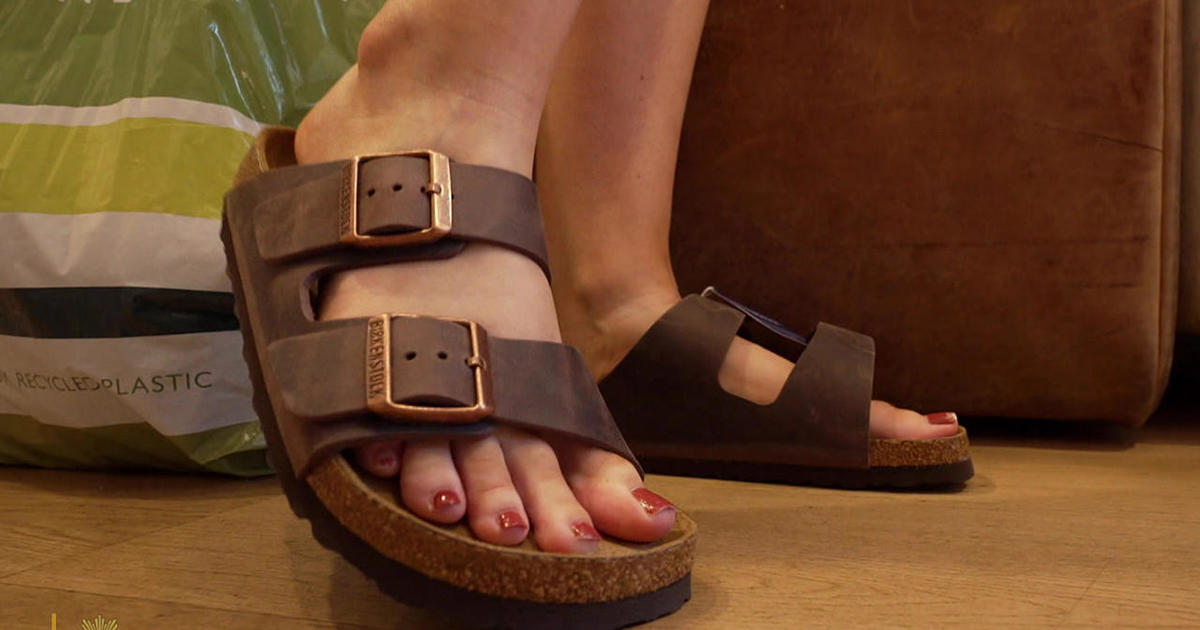 The revealing history of Birkenstock sandals

It’s a proof of popularity that the German shoe brand Birkenstock never wanted. In the fight against counterfeits, the cobbler has sent teams of undercover investigators with hidden cameras into what they say are counterfeit factories.

“Yes, but it is necessary.”

His unconventional approach is clear at their Munich headquarters. Doane said, “You were sitting at your desk listening to music, sometimes loudly. That’s not what you expect from a CEO.”

“I’m probably not the average CEO,” Reichert said. “I never tried to be average at anything.”

And Birkenstock has proven that’s not the average either. If you haven’t noticed, Birkenstocks are everywhere, revealing the toes (or, yes, the socks) of not just the most fashionable among us, but models and celebrities alike. There’s no denying that Birkenstock has a moment, nearly 250 years in the making.

And “Birks” has come a long way from his days as a hippie staple.

Since taking over this old family business in 2009, Reichert has tried to inject some “startup” energy. “If you have such a tradition and such a history, the threat is that you will wake up in your own museum,” he said, “and I don’t want to have that.”

He is ruthless when it comes to brand collaboration requests. They get a lot. “Eight out of ten, we say no.”

They said “yes” to Dior and now produce a felt covered shoe.

Doane asked, “How much does it cost?”

“Not enough, I would say,” Reichert replied.

“It’s about supporting the idea behind the product and not hurting the DNA of either brand,” he said. “It’s like a wedding, you know?

And there’s luxury shoemaker Manolo Blahnik, known for his coveted stilettos. Blahnik, an avid Birkenstock customer, is now a collaborator.

Doane said, “You think of Manolo Blahnik in ‘Sex and the City’ and Sarah Jessica Parker.”

“Yeah, yeah, but she also wears Birkenstocks, even in private life,” Reichert said.

“When you see a celebrity photographed with Birkenstocks, what do you think?”

“I’m proud that they wear Birkenstocks, and I know – and that makes me even prouder – that they buy for it.”

“You don’t give them to a famous person?”

“No. We don’t have an office in Hollywood or anything like that.”

“What if a celebrity says, ‘Hey, I’m going to wear this shoe,’ won’t you send them a shoe?”

“If they send me money, I’ll send them a shoe!” said Reichert.

It’s a glamorous twist on a company whose roots can be traced back to a cobbler in central Germany in 1774. In the late 1800s, a descendant, Konrad Birkenstock, began making and selling soft soles. For decades, this humble “sole” has been the family business.

Reichert said: “In the 60’s Carl Birkenstock was kind of frustrated that ‘OK, we make the best insole in the world, but no one sees our product’. So he decided to try to take the insole out of the shoes, and it’s the sandal’s birthday.”

“But the shoe stores in America didn’t want the product?” Done said.

Ugly, perhaps, and for a time not cool. But in the past decade alone, Birkenstock reports sales have more than quadrupled, with the most popular model being the Arizona.

Then COVID provided another unexpected boost: “Unfortunately, we have become the number one home office shoe,” Reichert said. The online request was “crazy”.

“So why do you say ‘unfortunately’?”

“It’s painful not to have sales, but it’s very painful to have too many sales, to try to manage this global demand. It’s difficult.”

Doane saw this at one of their factories in eastern Germany, where they were racing to fill a backlog of almost a million pairs.

Managing Director Hilmar Knoll juggles logistics. “We only have stock here for ten days,” he said. “We are always at the limit of our capacities.”

Every day they produce 80,000 insoles, all of which start with a cork blend from Portugal. Their “secret recipe” of jute, cork, latex and leather is heated, then pressed into molds.

Birkenstock still manufactures all of its shoes in Germany and fiercely protects this quality. As part of its efforts to crack down on counterfeiters, it has stopped selling on Amazon, citing the number of counterfeits being sold.

How difficult was it? “For us, nothing,” Reichert said.

“Maybe, but not a good one. I think in the beginning, Amazon was a pioneer in online commerce. You have to kill monsters when they’re small. Do they get too big? You can’t kill them, d Okay? They will eat you. And we decided to kill our monsters early.

In a statement, Amazon told “Sunday Morning,” “Less than 0.01% of all products sold on Amazon have received an infringement complaint from customers and we will continue to strive for that number. to zero”.

The robust counterfeit market reinforces (as if anyone needed a reminder) just how popular these sandals are, for whatever reason: “Even people who hate the brand wear them because they’re good,” Reichert said. “It’s like, you know, you like taking medicine? No. It helps! So you swallow it.”

Doane said, “You seem almost proud that some people don’t like your product?”

“It’s proof of concept. It doesn’t matter to us because once you get the product, you’ll wear it and buy it back. So, you know, one day we’ll get you.”