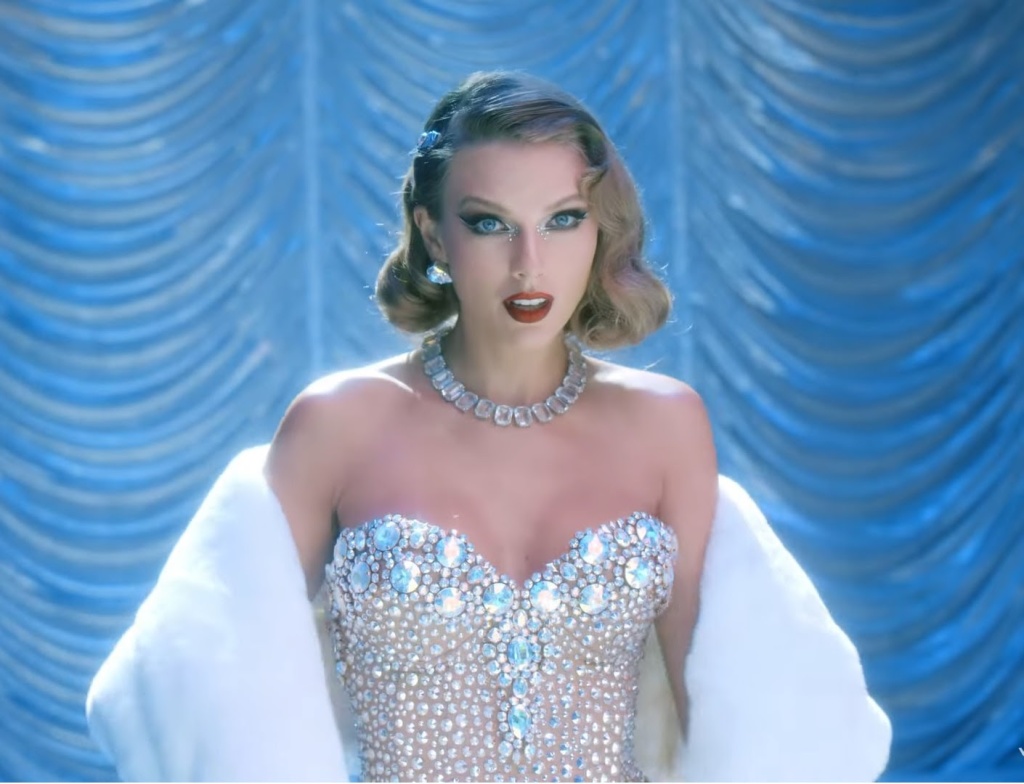 Taylor Swift dropped the music video for “Bejeweled” on Tuesday. This is her second single from her 10th studio album, ” Midnight “ which was released on October 21.

The music video follows a Cinderella-like story and stars Laura Dern as her “stepmother”; Alana, Danielle and Este Haim as her half-sisters Lady Alana, Lady Danielle and Lady Este; Pat McGrath as “Queen Pat” and Jack Antonoff as “Prince Jack”.

Swift plays a version of Cinderella, with a glamorous transformation from maid to princess – who accessorizes with SwarovskiMillenia necklace.

The luminous piece, which debuted as part of the brand’s Collection 1 line last year and retails for $650, incorporates oversized octagon-cut white crystals and rhodium plating.

Her character later joins Dita Von Teese – who also wore the necklace – for a burlesque performance, where the pair dance in life-size martini glasses.

In September, Swarovski is teaming up with Aquazzura for a capsule collection to mark its 10th anniversary. The line created the new shoe brand Aura sandal silhouette in five colors with the luxury jeweler’s crystal motifs embroidered on its ankle straps and heels. The following month, Swarovski launched its holiday campaign with Bella Hadid.