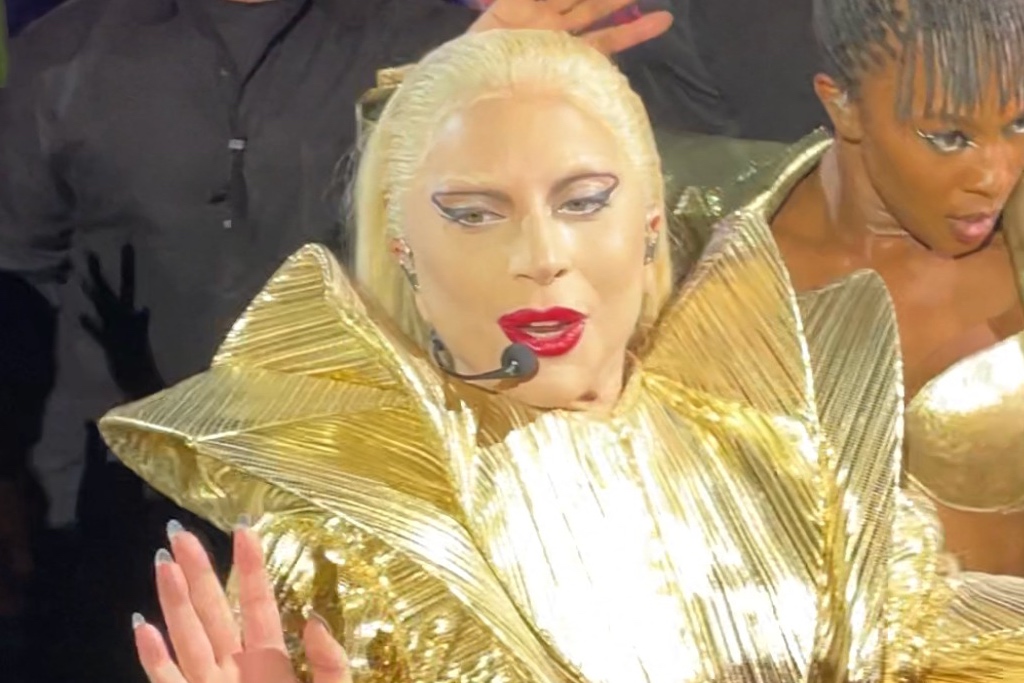 Lady Gaga continued her Chromatica Ball tour in stunning style this week. The musician is currently on a world tour for her sixth studio album, recently seen on her third stop in Paris.

Gaga’s footwear of choice, though hidden, likely included heeled boots in a similar hue or tone to her ensemble. The star is known for wearing matching shoes on stage for her performances, whether it’s knee-high lace-up boots or 7-inch stilettos.

It’s also not the only time the singer has won gold on the Chromatica Ball tour. During the concert’s opening show in Dusseldorf, Germany, Gaga wore a metallic gold Alexander McQueen sleeveless jumpsuit and matching boots. As for what else she’ll be wearing — and making headlines — on stage, remains to be seen during the remaining legs of the tour, which include London, New York, Tokyo and Los Angeles. Fans can currently buy tour tickets on her website.

When it comes to shoes, there’s no style too bold – or too high a heel – for Lady Gaga. The “Paparazzi” singer’s red carpet outfits often feature platform sandals and pointy-toe pumps from luxury brands such as Christian Louboutin, Versace, Brian Atwood and Alexander McQueen. When off duty, she has been seen in sneakers by APL and Nike. More recently, she has returned to wearing her towering Pleaser Shoes boots from the late 2000s for everyday use – which often have heels ranging from 7 to 9 inches in height.

Check out Lady Gaga’s most daring Chromatica Ball looks in the gallery.