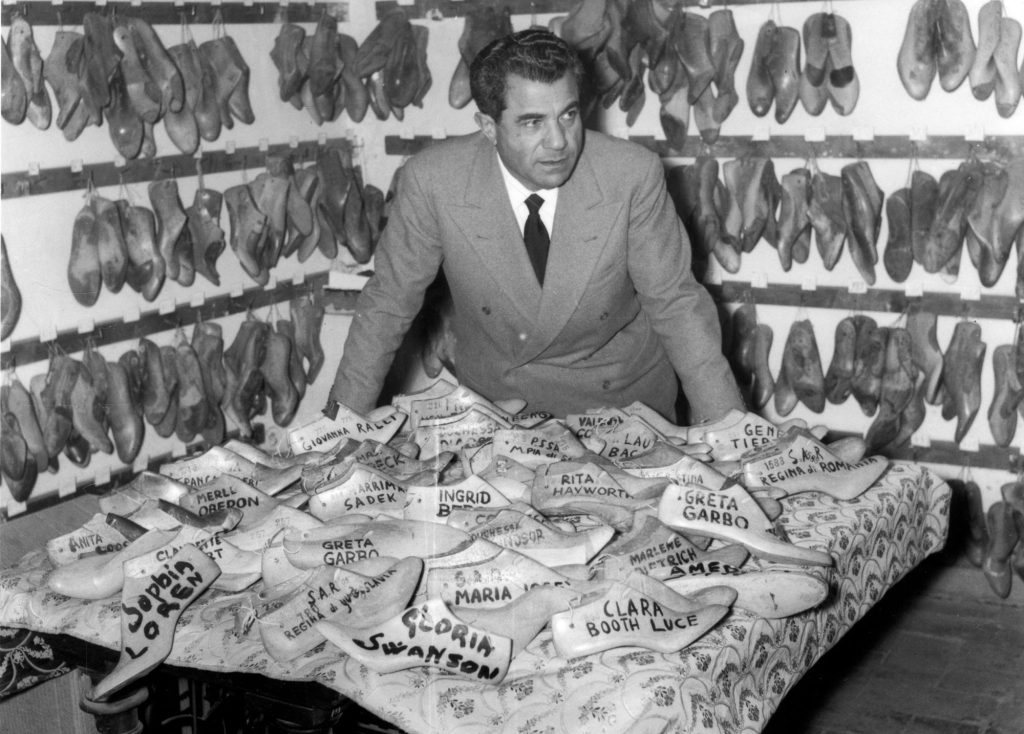 The next time you come home with sore, blistered feet after a long day, rest assured that your feet aren’t the problem. It’s your shoes.

And that comes from the master, the late Salvatore Ferragamo, who states in director Luca Guadagnino’s love interest documentary “Salvatore: Shoemaker of Dreams” that in his entire career, “I’ve found there are no bad feet. There are bad shoes.

Now, whether you can afford a pair of Ferragamos to let your feet live their best life is another question. But it is fascinating to learn how obsessively Ferragamo, born into a poor Italian farming family at the turn of the 20th century, studied the human foot in his quest to create the perfect shoe, combining creativity and, above all, comfort. “I love feet,” he wrote. “They talk to me.” He even studied anatomy as a night student at the University of Southern California, overwhelming the professor with questions about the skeleton — but only about the feet.

This is just one of countless charming anecdotes contained in Guadagnino’s often fascinating, unabashed and perhaps a little overstuffed study of the designer, using Ferragamo’s own voice from recordings and his memoirs of 1955 as told by actor Michael Stuhlbarg. Working with the Ferragamo family, the director had an astonishing wealth of material to choose from: between the family foundation and the museum archives, many family members to interview, a multitude of high-level cultural commentators and also great old Hollywood footage, you can almost feel Guadagnino trying hard to fit it all in. Then again, he knows some of us might be watching movies about Hollywood, about fashion, and especially about great shoes all day.

And they ARE great shoes, especially if you like shoes that tell a story. For example, the famous “rainbow” shoe produced in the late 1930s, a shimmering gold sandal perched on a platform of layers of suede on a cork sole – a welcome innovation in an era when leather could be hard to find (Ferragamo pioneered platform soles and wedge heels). Shoe lovers will enjoy a segment where we watch this shoe being built today, looking surprisingly contemporary, step by step: the cutting, the gluing, the hammering. (The shoe later appears in its own mini-movie, a whimsical animated “shoe ballet” closing the documentary.)

Then there’s the almost dangerously and rebelliously sexy shoe worn by Gloria Swanson in 1928’s “Sadie Thompson,” a pair of high-heeled black pumps with an ankle strap and large white bows that scream, “Look! -me !”

We begin, however, with Ferragamo’s youth as the 11th of 14 children, in Bonito, a village near Naples. Rejecting his father’s opinion that shoemaking is a lowly career, he proves his worth by producing a pair of elegant shoes for his sister’s confirmation overnight. He apprenticed with a shoemaker at the age of nine, made shoes at the age of 11 and at the age of 16 embarked on a ship for America. After a quick stop in Boston, he hops on a train and heads west – to Santa Barbara, California, where a fledgling movie industry is emerging. As director Martin Scorsese – the best of many commentators here – puts it in California, “anything goes. You might do yourself more than three or four times.

Watching early Westerns, Ferragamo knows he could make better cowboy boots – and he does. Then he moves on to all manner of movie footwear, including 12,000 sandals for Cecil B. DeMille’s 1923 silent epic “The Ten Commandments.” His name grew and his fans included the biggest stars of the day – Swanson, Mary Pickford, Lillian Gish, Douglas Fairbanks (and later, everyone from Greta Garbo to Audrey Hepburn to Marilyn Monroe.) He moved in Hollywood, where he lives near Charlie Chaplin and Valentino stops to chat in Italian. He founded his own boutique, loving stars.

Guadagnino gives us a lesson in Hollywood history itself, not to mention the birth of the “movie star” and the role fashion played in it. (It’s a lot of fun.) Then, in 1927, Ferragamo returned to Italy, choosing Florence as the base for his plan to use Italian artisan labor to make shoes for American customers. It is a plan full of risks and early setbacks. In 1933 he declared bankruptcy, then rebuilt and eventually purchased a lavish 13th century palace for his business – a triumph of self-confidence.

Despite seemingly countless interviews with the family, there’s still a sense that we don’t always delve into the man’s character or personal life. That finally changes when, at the end of the film, through beautiful footage shot by Ferragamo himself, we meet his fiancée, Wanda, a young woman from his village.

It was Wanda who, at 38 and a mother of six, would take over the business when her husband died suddenly of illness in 1960, overseeing an expansion into a global luxury brand. But that is not covered here. Wanda Ferragamo died in 2018, aged 96 (luckily she was interviewed for the film), and her years at the top of a business empire after never having worked in her life would have been a fascinating part of this story.

But that will have to be another movie.

Evaluation: PG (for smoking and a suggestive reference)

Riccardo Tisci is already back – with a Michaela Coel red carpet moment, no less

Are payday loans safe? Here’s how to protect yourself